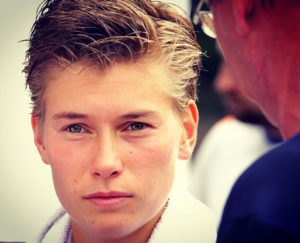 LOVE FOR THE GAME

I started playing tennis at the age of 3. Why I started with this sport is still a question to me. My father used to be a very fanatic athlete, so I think it partly comes from there. Till the age of 12, I also played soccer, but eventually I chose to continue with tennis. I am so passionate for game. And I was able to turn my hobby into my job, which is awesome! In 2011, I became the number 1 in the world at the doubles in the youth ranking and played all four grand slam finals with different partners. I am also very proud at the WTA titles I’ve won and my selection for the Fed Cup with team Holland.

I came out in my tennis club when I was 18 years old. I told my trainers and team players because I didn’t want it to keep it to myself anymore. On the inside I was so happy, but I couldn’t show it to the rest of the world. Once I told them, everyone responded very enthusiastically and positively. Some said they already had a slight suspicion, but everyone was very happy for me.

While coming out, I didn’t actually receive any negative reaction. I also wasn’t scared for the opinions of other people; everything was only very exciting to me. Yet, you never know what others think of this. This is why I was pretty anxious to lose sponsors because this could mean the end of my tennis career. Fortunately I haven’t lost any sponsors while coming out!

“This is why I was pretty anxious to lose sponsors because this could mean the end of my tennis career.”

I have the feeling that gay people in sport are seen as more ‘normal’ now. You see more athletes coming out nowadays and people respond to it in a normal way. In the tennis circuit where I play, it’s actually the most normal thing in the world; no one looks differently at you when you come out. To me, it seems men have a harder time coming out in a team sport. 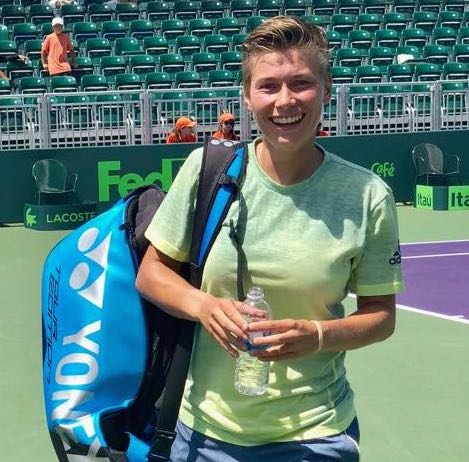 To young athletes I’d like to say the following: “just be you and think about yourself. You are whom it’s all about and it’s you who has to be happy. Don’t keep problems to yourself; this is not good for you as a person, but also not as an athlete. This can definitely affect your performances. The better you feel, the bigger the chance that you’ll perform even better.” When I eventually came out, I noticed that I felt so much better which improved my tennis. It’s understandable that it’s hard in the beginning, but afterwards you wonder why you didn’t give in earlier. You have to be able to focus on your sport for 100% instead of dealing with other things.

We all have a story to tell. What's yours?
Categories: Racket sport, VerhalenMay 1, 2018