I got into rugby in 2010 during college, at Columbia University. I had always played soccer growing up and through high school, but had never even heard of rugby. By chance I went to watch my friend’s rugby 15s match and was immediately hooked! The captain of the women’s team noticed my interest and invited me to practice. I decided to try it out and immediately fell in love with the sport. After college, my intention was to go to medical school, but a rapid turn of events led me to a selection process for the Brazilian team and I’ve been in Brazil since 2014.

I’m proud that I’ve been able to represent Brazil at the Pan-American Games in 2015, the Olympic Games in Rio in 2016 and the Rugby World Cup in 2018. The year 2016 was also a turning point for me in sport, as I received a lot of media attention when Marjorie proposed to me in Rio. Since then, I’ve become more aware of the impact sports can have and the platform I have as an athlete to stand up for certain causes. I hope to continue to make my family and country proud, and use rugby to show women and girls that we are strong and resilient. 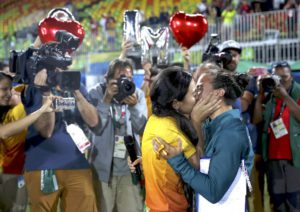 Because I was born and raised in the US, I have an interesting perspective to compare that experience with my experience in Brazil during the past few years. The US is moving in the right direction, acknowledging LGBTQI athletes and supporting them (examples in the US Olympic delegation, etc), and promoting equal rights and protection under the law for LGBTQI people. In Brazil, there are very few out athletes and the country as a whole has a lot of work to do in protecting LGBTQI people, even though some rights are guaranteed by law.

I came out in college, at age 19, as I began to accept myself more. In reality, in a heteronormative society, LGBTQI people are constantly coming out and we need to repeatedly reaffirm our identities. In this sense, I try to be as out and proud as I can, to help other people realize that my identity and my relationship with my wife, Marjorie, are normal.

Not only in my private life, but also in my professional athletes career, I’ve decided to be out because I grew up without ever having an out role model to look up to. And I can imagine the difference it would have made in my life, in my own process of self-discovery and self-acceptance. If I can show just one other person that it’s possible to be happy, to be successful, to love yourself, to even represent your country — and be LGBTQI— then it’s worth it to be an out athlete.

Fortunately, I’ve always had incredibly supportive and accepting teammates in rugby. One of the amazing aspects of rugby is that it has 5 core values, one of them being respect. So, as an out woman, I’ve never had a negative reaction from my clubs or teams. In fact, when Marjorie proposed to me at the Rio Olympic Games, World Rugby supported the gesture (and has also previously signed an agreement to combat homophobia in the sport).

“In Brazil, there are very few out athletes and the country as a whole has a lot of work to do in protecting LGBTQI people, even though some rights are guaranteed by law”

Although I was worried about some of the potential backlash surrounding our proposal, and we did receive some negative comments (e.g. it wasn’t the time or place for a proposal like this; being gay is a mortal sin; etc). But we also received positive messages of support and gratitude that overwhelmingly outnumbered the negative reactions.

The thought of losing sponsors did also cross my mind, but I feel supported by rugby’s values and World Rugby’s position. I don’t have individual sponsors, but some of the Brazil national team sponsors (Bradesco, Accor hotels) have even positioned themselves in favor of diversity and respect. So that’s amazing.

It seems like more athletes are becoming more comfortable in coming out and being visible. And it seems like we need to be more vocal about who we are, but I see this as a way to be clear about who we are; silence always favors the status quo, in this case, heteronormativity. I hope one day it’ll be so accepted and normalized that the topic of LGBTQI athletes will be uninteresting and obsolete. 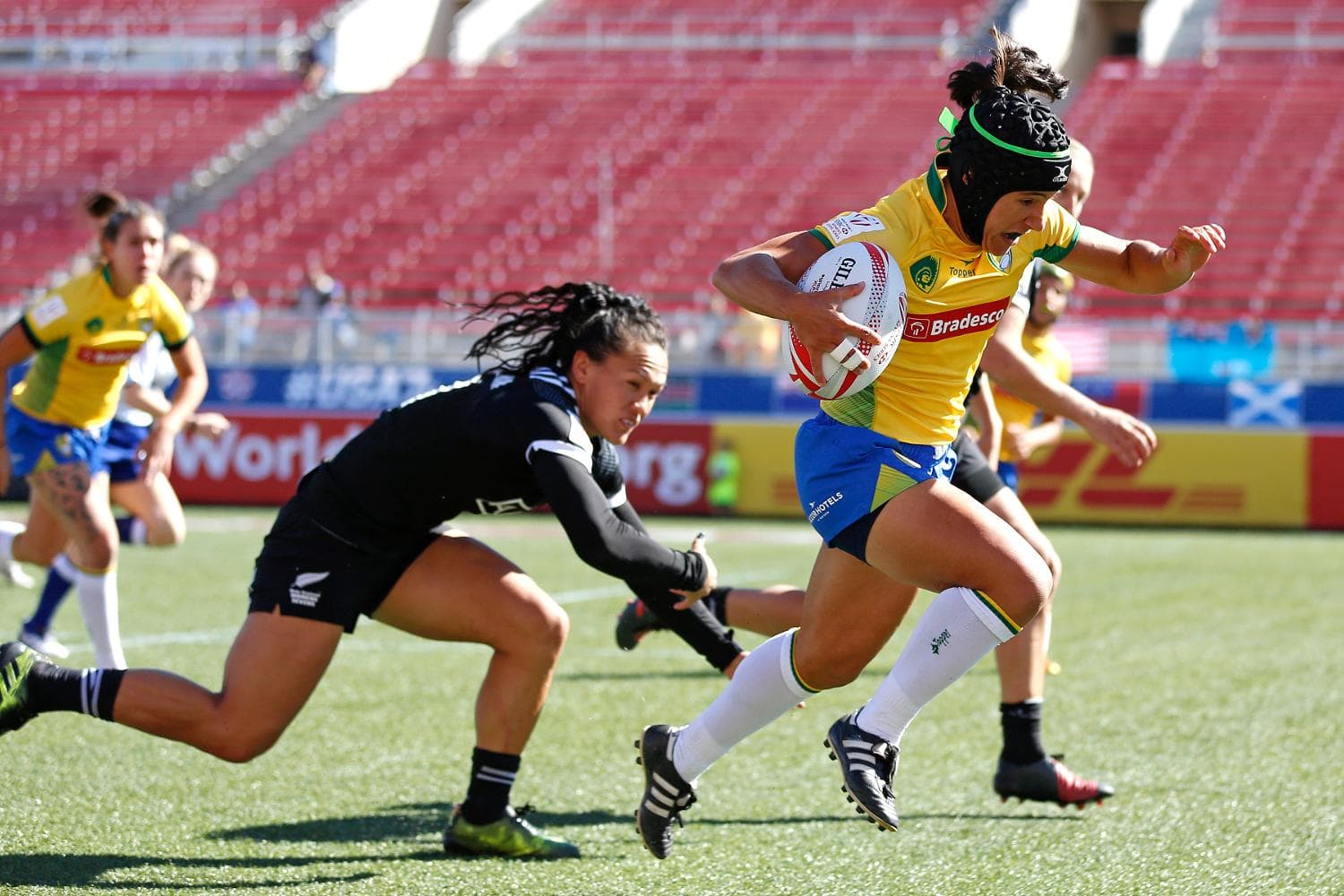 We all have a story to tell, what's yours?
Categories: Rugby, VerhalenApril 8, 2019