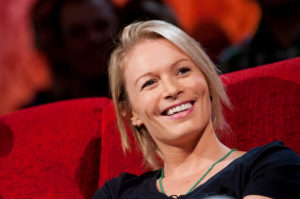 My grandfather had me playing tennis as soon as I could stand. I was playing at my grandparents’ holiday home every day, I used to wake up early to go and book the courts (you had to book them every day!). Along with that he used to play rugby, football, cricket, you name it… with me in the garden all year round! I picked up a hockey stick when I was very young (around 4 or 5) on the sidelines of the pitch where my mum was playing. I also played top-level tennis until 14 when hockey was the chosen sport. And cricket was also a sport I played in school, under age international level then senior level when I had a break from hockey. I chose hockey exclusively when I was about 16 as it began to take over when I was selected for representative teams. I was added to the senior Ireland team at 17. I played 208 caps for Ireland, not even counting numerous “friendlies”.

Many people knew I was openly gay but not the general public, so people who didn’t know me personally did not know. I was invited on a TV show to talk about the differences between male and female issues with sexuality in sport. Me outing myself just happened really without pressure or announcement. It wasn’t a decision to come out because no other women had before, it just felt right as I had been out to everyone who knew me for a long time. I felt great and I wanted to inspire other young athletes to come out and be themselves, even if it was just one person.

There is enough pressure as an athlete to perform at the highest level in your chosen sport without the added pressure of your sexuality, whether you hide it or not, you should not have to think about that when you are an elite athlete. I mean many athletes don’t come out for many reasons – some due to family, some due to thinking they will lose sponsors or not be able to get sponsors, pressure to conform etc.

“A gay woman who plays sports is often seen as a cliché and it needs to stop.”

A gay woman who plays sports is often seen as a cliché, that was the topic I spoke about on the TV show because this is the way it is and it needs to stop. This label is putting young females off playing sport, being fit, healthy and strong and parents can be turned off letting their kids play some sports due to this ignorance. It is very different for men, playing sport is seen as macho and in fact works the exact opposite for them. It can be more difficult for men to come out in a sporting environment as people think because they are gay they are not macho, but this is far from the truth. https://www.independent.ie/entertainment/out-and-proud-gay-power-list-2015-31142681.html

On top of that, many people who are not athletes also find it very difficult to come out. I have a very personal experience with my dad who I only found out was gay when I was 21. My parents divorced when I was very young, my dad remarried to a woman, but then that relationship broke up too. Eventually he was able to be himself and he is extremely happy and I am too that he finally was able to be himself. I just hope by telling my story people who are afraid of being themselves, can take courage in some way to truly be who they are. 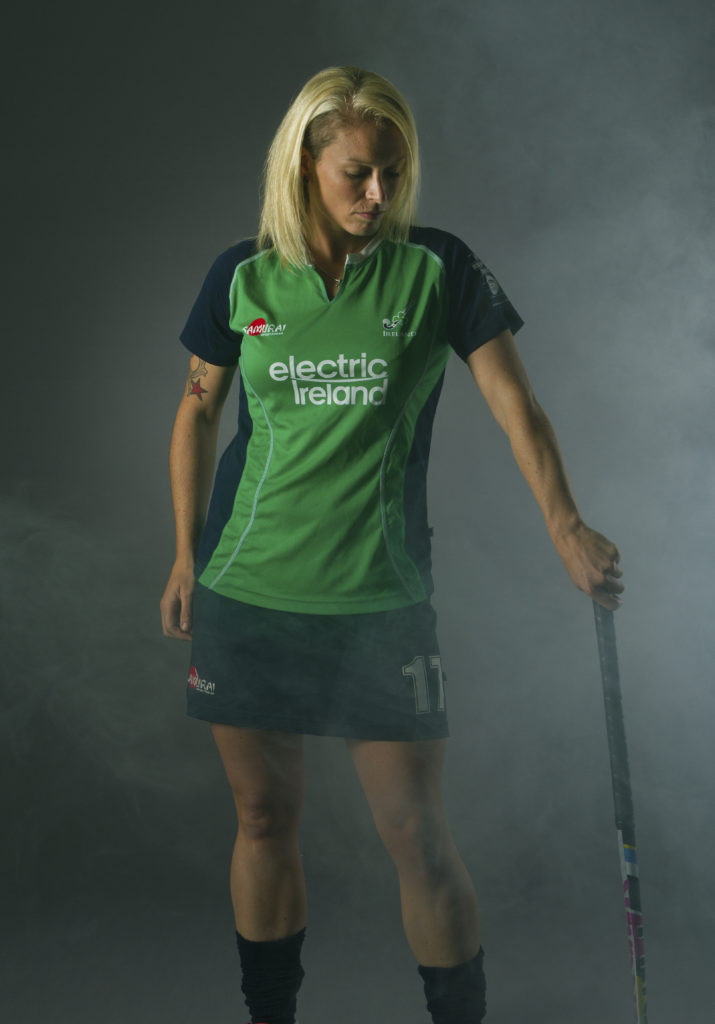 I wasn’t scared to come out but it was a reality check to see who your friends were, who asked you straight out or who was talking behind your back. I knew it was the right thing to do to be myself so I may have been a bit nervous but I had good people around me, which helped a lot. I did have some negative vibes over the years and not directly at me but at my club, both my hockey club and cricket club. More from parents not wanting to send their kids to certain clubs because there were lesbians on the team. Thinking that their daughter would automatically become gay by playing on the same team! We were known for having a good few lesbians on my hockey team but we were the best club around so it didn’t bother us!

I am being myself and I don’t hide it and don’t want to hide it. I know many people who are still hiding in some ways and I couldn’t do that. As mentioned I was out to people who knew me but I guess I wanted to show the general public who I was and that everyone deserves to be themselves and this can help them to be even more successful in whatever they do. After I came out on TV, it was a tough time when I was going through it all, at times I was all over the place but sport and my team helped me to get through it all.

With a team sport you have more people to deal with and come out to but this can be amazing too as you can then have so much support. And in all honesty if the team or club does not support you or embrace you they don’t deserve you. Individual sportspeople says it all in the world, you can be alone but you just have to ensure you have a great entourage around you to protect you and support you in every aspect of your life.

“If the team or club does not support you or embrace you they don’t deserve you.”

I am lucky with the sport I have been involved with my whole life, it is very open, although you never know what is behind closed doors or in gossip but in general I have never had any major issues and I didn’t take any notice of it to be honest, as long as I knew who I was I was happy.

Also for transgender athletes, I would hope we have a very open minded environment that would embrace anyone who wanted to be involved in the sport. Personally, I would be totally okay with it. Everyone deserves to be who they are and I would certainly embrace it.

IRELAND HAS WORK TO DO

When I was growing up it was still a taboo subject and I fought it a bit to be honest. Teenager years are a tough time. I had an amazing boyfriend for around 6 years, we broke up when I was 21. I knew it was not going to work out and I decided to be my true self. It was very tough. As far as I know looking back and from afar in Switzerland now we must do more to help the community be more comfortable in the sports world.

“We must do more to help the community be more comfortable in the sports world.”

When you search the Sport Ireland site for LGBTQ or diversity, nothing comes up. There is your answer! I really feel the UK are far ahead with this topic and Ireland really needs to work hard to do more and have a good support structure for the LGBTQ community. The FAI (Football Association of Ireland) recently wore a new kit with the LGBT rainbow flag on the numbers at the back. I think there is a change but it is not enough. We have athletes at the Gay Games, but this is not an initiative from Sport Ireland.

There is still a lot of work to do for Ireland, looking at some reports: “Some LGBT people can thrive in sport, but many others feel compelled to remain closeted to keep playing the sport they love, monitoring every word they say, to ensure they keep up the appearance of being heterosexual,” it says. To be totally honest, I think International Sport is far behind in regards to support for the LGBTQ community.

Currently I’m working at the International Hockey Federation in Switzerland, and I notice this country is also far behind. The LGBTQ community are allowed to have a civil partnership but not marriage, but there are many amazing people trying to change this. There is also no way to start a family here, not like in Ireland. One good change has been the changes in adoption here for LGBTQ families but there is no medically assisted procreation allowed. Hopefully this will change soon too.

I’ve seen change within sports; more and more athletes – particularly male athletes – are feeling more comfortable coming out as they now know that most sponsors will not have the same reaction as they may have a few years back. To be honest, I wasn’t scared to lose sponsors. If a sponsor doesn’t want to be associated with me for who I am, I don’t want to be with them. I find in everything I do, if I am not aligned with that partner then I don’t want to work with them.

Martina Navratilova came out before I was born, but was a huge influence for me. One of her standout comments during her time as an athlete was: “this part of my life doesn’t have anything to do with me as a tennis player. Judge me for who I am”. Like Martina Navratilova says, it has nothing to do with you being an athlete. Please don’t hide who you are as you will not be able to be the best you can be hiding your true self.