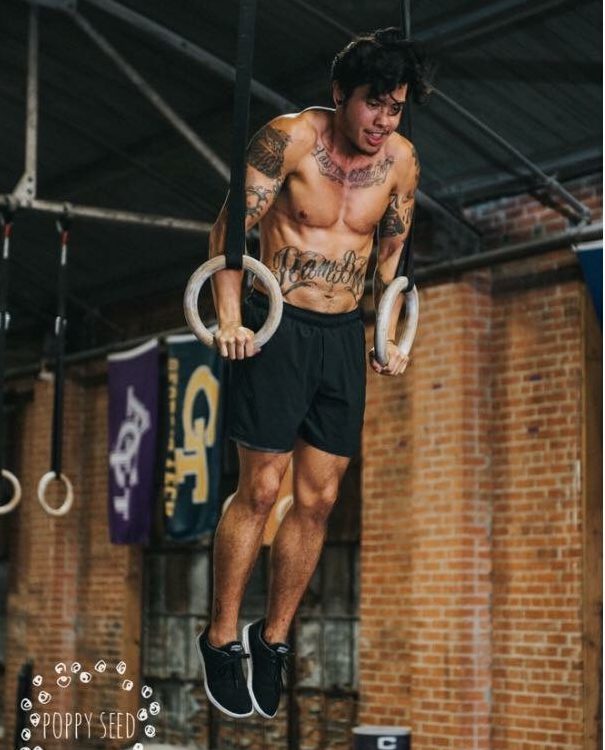 I first started CrossFit in 2011 when I was 28 years old. CrossFit led to Olympic Weightlifting, which I started this year in 2016 at the age of 33.

I came out as transgender in December 2013. I had top surgery in March 2014 and started taking testosterone in May 2014. I immediately told everyone because I have nothing to hide about being transgender. I told my parents and all of my closest friends face to face. I wrote an email to the rest of my family and then shared a post on Facebook to let people I didn’t see often know what I was up to. Every person I surround myself with in my life is incredibly supportive except for my mom. But one person out of a lot of people isn’t a bad deal. I was fortunate to transition with an incredible support system.

All my coaches are super supportive. No one treats me any different. My weightlifting coach, Bradford Kim, is awesome! All the other coaches in CrossFit and yoga and spin instructors are also supportive. I have been extremely lucky in my transition. I have never had a difficult experience with people being negative. I work for a company that allows me to frequent different studios – CrossFit gyms, spin studios, yoga studios, etc. Before I transitioned I made a lot of bonds with many people in those fields. When I transitioned everyone was super supportive and incredibly happy for me.

I was fortunate to transition with an incredible support system.

Weightlifting is an individual sport so I would say that it’s easier than doing a team sport because you don’t depend on anyone. CrossFit can be both an individual and a team sport. If you aren’t entirely comfortable with your team I could see how it would be hard to share something so personal. Being vulnerable can be hard but very rewarding.

More recently there has been a rise in out trans athletes such as Chris Mosier, Fallon Fox, Kye Allums and Schuyler Bailar. So I do notice an evolution in sports. It doesn’t matter what your gender or sexual orientation is when it comes to sports. If you are good at what you do and put in the effort, that is all that matters. People recognize hard work.

Just be unapologetically you.

We all have a story to tell. What's yours?
Categories: Fitness, VerhalenOctober 4, 2017