I first started playing cricket when I was 12 years old and soon got picked up by coaches in Brisbane. I grew up watching my dad and little brother play cricket and we played a lot in the backyard. I was the only girl who played in my town and loved being able to take the field with the boys each weekend. I am currently playing for the Queensland Fire and Brisbane Heat. We compete in the Women’s National League Competition and the Women’s Big Bash League.

I enjoy how mentally stimulating and physically challenging the game is. A game can range from 3 hours to 8 hours in the women’s competition. There’s a wide array of athletic skillsets required which makes in interesting and exciting. Being out there in the field with your teammates is great too.

I came out to my teammates at the age of 16. I lived in North Queensland so I would frequently travel to Brisbane to train with the team when I was in year 11 and 12. As I got to know the girls we’d share stories and I think they kind of assumed I was gay. When I moved to Brisbane at 17 years of age to join the team full time everyone just knew.

Although I kept it a secret from my parents for a while, I felt the need to tell people as it was a massive part of myself that I was keeping hidden. When I came out to my parents it was a massive breath of fresh air. I love being able to be myself and be comfortable in my own skin so as soon as that becomes any way secretive it’s not the best feeling.

Being gay is just a part of who I am. I compete at my best when I have a clear head and zero distractions. If I’ve got the worry of coming out, judgement, people’s opinion of my sexuality, etc on my mind then there’s no chance I’d be able to compete well. Also, I came out to help other athletes and people to feel more comfortable with their sexuality.

Everyone deserves the right to be themselves and play sport. People should never stop that!

Women’s Cricket is an accepting environment for LGBT athletes and I’m grateful for that. I feel for other athletes who have a tough time in their sport because it doesn’t change the athlete that you are. I’ve never felt uncomfortable at cricket! There has been one transgender athlete in the sport that I know of and in our state team there are four other gay girls who are some years older than me.

I looked up to them as role models when I was younger. I find it easy to talk to them and they are the same with me. Teammates become like family to you and when you have that support group around you its comforting. My club especially is very open to us five girls within the team and we are never made to feel different. My club haven’t faced any transgender people but I’m sure they’d be open. Everyone deserves the right to be themselves and play sport. People should never stop that! Also, I’m a strong believer in that when people mistreat others it says more about them than the person they’re mistreating.

I guess the reactions of others (supporters, opposite teams etc) always hangs over your head. But like I’ve said I’m comfortable in my own skin and I’d hope that my sexuality doesn’t blind people from the women’s game of cricket and my own skills.

Women’s Cricket is an accepting environment for LGBT athletes and I’m grateful for that. I feel for other athletes who have a tough time in their sport because it doesn’t change the athlete that you are.

Growing up in Australia as a gay athlete was nothing out of the ordinary. It’s never affected selection, training or competition. When I was 15, I met Gabe, a close mate of mine. She plays football and took me under her wing. She made me feel normal when accepting my sexuality. She helped me to be more open with the people around me and of course kept a close eye on me to make sure my focus was still on my sport. I am very thankful for her support. Other than that, I would love to see Australia catch up with the rest of the world with marriage equality.

It’s important to focus on what’ll make you the best athlete/competitor you can be. For me it started with being open to myself and those around me so now I can focus on my training and games without any weight on my shoulders. There are some amazing characters out there that are stuck in their shells due to fear. You are who you are, just be yourself. 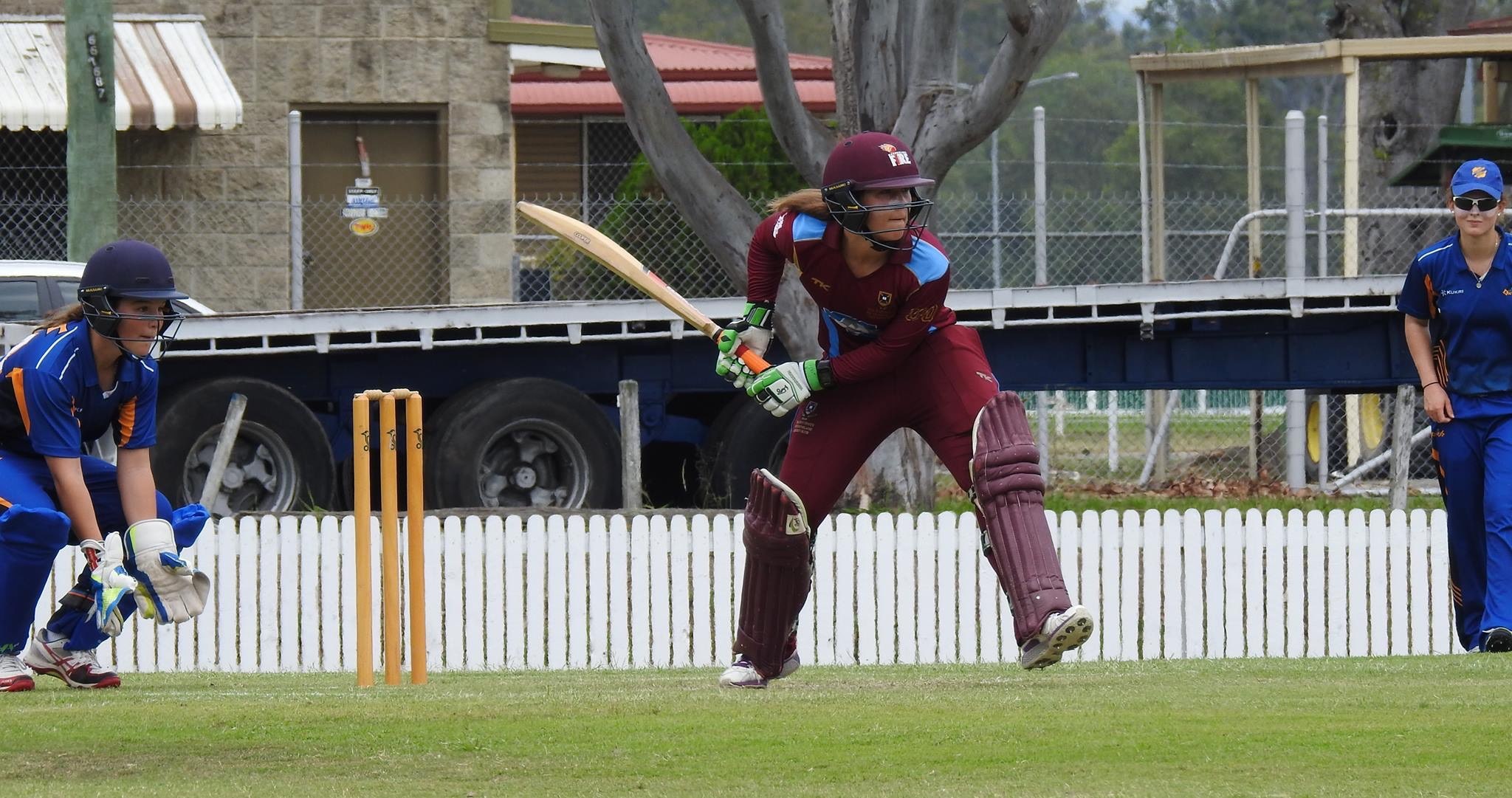 We all have a story to tell. What's yours?
Categories: Cricket, VerhalenOctober 4, 2017