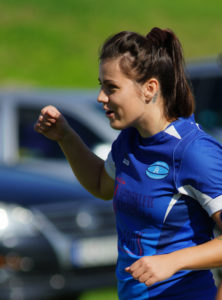 OK TO STAND OUT

Before I started playing rugby, I actually played basketball since I was 10 years old. Basketball was a big passion of mine. I loved being part of the team, but I also liked the idea of having the chance to stand out individually. In that sense, basketball is beautiful; if you work hard enough and put in the extra work, it will always show.

Eventually after playing for more than 10 years I started to feel that I needed a break from the basketball environment, the people and its sometimes spiteful competitiveness. That’s when I got introduced to rugby 7s. My old basketball teammate was friends with rugby players and she took me to an international tournament. Watching them, I immediately knew I wanted to play and didn’t think twice about quitting basketball.

I was shocked how girls on the pitch were treating each other. Even though there was a lot of tough physical contact there was no malice or intension to hurt anyone. So I started playing and up till now, I’ve won the championship with my team in the Czech women elite rugby series for the last two years in a row. I’ve made third place in the Polish first women league. And I’m also a member of the Slovakian rugby national team.

As much as I hate labels, I think it is safe to say I’m a lesbian. I am out to most of the people in my environment — or at least I am certainly not hiding anything. If anyone asks me I tell them. When I was starting a relationship with a girl, I came out to my family because keeping secrets from them was hurting us and I hated not sharing a big part of myself with them. I simply felt it was time they knew I was happy and there was someone special.

“Even though I know a lot of athletes are gay, they are not out, because it is not safe for them to openly say “I’m gay”.”

If I look back, I would tell myself I don’t have to be like everyone else, it’s ok to stand out and be a little different. I actually never felt comfortable coming out, at least not as long as I was playing basketball. Slovakia is still pretty conservative about these topics and even though I know a lot of athletes are gay, they are not out, because it is not safe for them to openly say “I’m gay”. 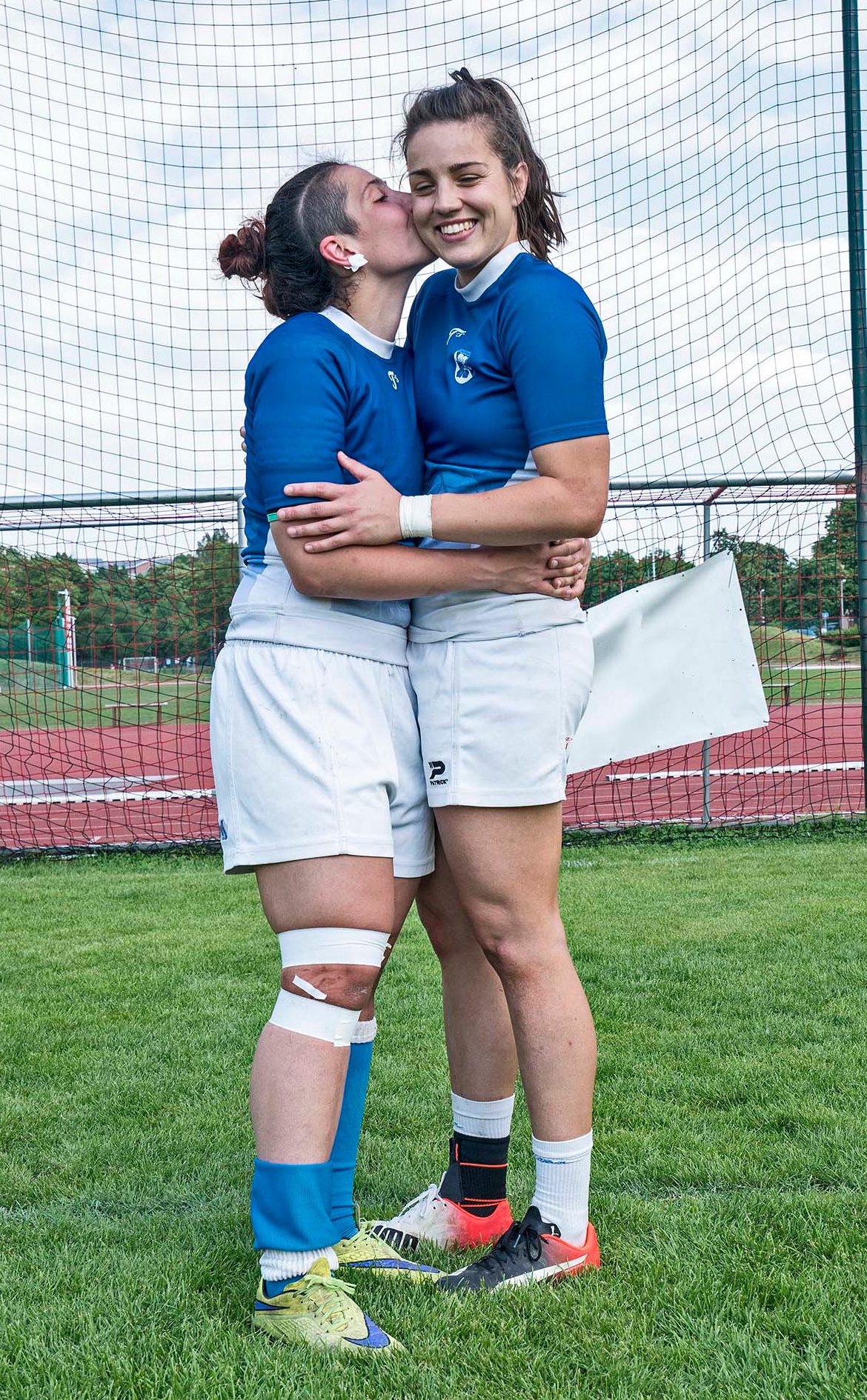 In rugby community, I am not sure if there is such a thing as coming out. Honestly, I believe rugby people are some of the nicest people on this earth. Maybe I’m lucky, but I have never had a bad experience or bad reaction, everyone is just very accepting. During my first rugby season, I don’t think anyone knew I was gay, simply because it was not really something scandalous and no one felt the need to pressure me into labelling myself. Rugby people just don’t care about labels. If you play rugby you are automatically part of the family, and you feel respected and equal.

There are quite a few gay girls playing rugby in my team and also in other teams. Trust me, they are all very awesome! Also, the most famous and respected rugby referee in the world is an openly gay man. I think it is safe to say rugby is well ahead of any other sport. Personally, I always loved basketball player Diana Taurasi as long as I remember but since I switched to rugby, I am in love with the whole women New Zealand 7s squad. Their games are very emotional for me.

I believe it must be incredibly hard for individual athletes. Being part of a team gives you an incredible sense of comfort and security. I suppose coming out is about being vulnerable, which is the same feeling you sometimes get on the pitch, for example when you engage in a dangerous play or when you make a mistake or throw a wrong pass etc. But your teammates are there to protect you: to fix your mistakes and also accept you as you are.

“Your teammates are there to protect you: to fix your mistakes and also accept you as you are.”

Within sports, I absolutely feel that we’ve been evolving. For instance, seeing how everyone celebrated a Brazilian rugby player proposing to her girlfriend during the Olympics in Rio, and how normal and sweet it was. There hasn’t been a single negative thing written about this anywhere and it made me very happy that it was JUST an Olympic proposal of a rugby player.

To a young athlete I would say: Don’t be afraid to be yourself, be confident and ALWAYS enjoy what you are doing! 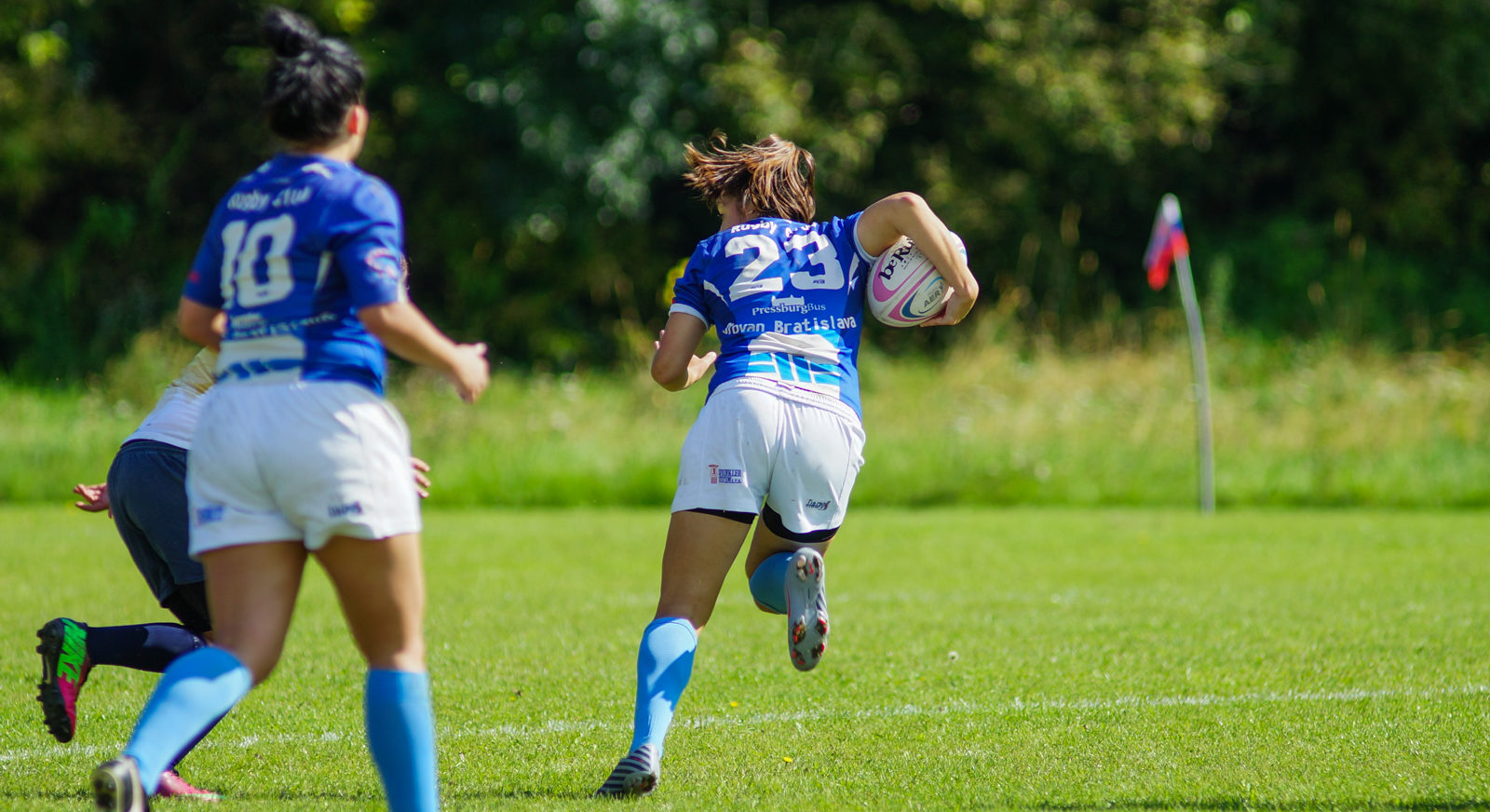 We all have a story to tell. What's yours?
Categories: Rugby, VerhalenMarch 27, 2018