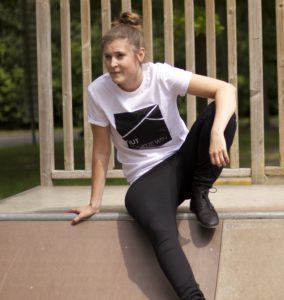 As a child I loved playing football with the boys at school. And eventually, when I was about 11 years old, my father took me to a local club. Starting high school a year later, I kept on playing with the boys on the courtyard. But apparently that was not done for a girl, some older kids thought. “Stop playing football, manwijf*”, it sounded. (*Dutch insult for a very butch woman) That hurt me, because I didn’t feel manly at all. Sure, I wore jeans and a sweatshirt, and I wore my long hair in a sloppy tail, but I didn’t look butch, did I?

The very first time I came in contact with sexual diversity was about a year later. “Are you straight?”, a classmate asked. Not knowing what that strange word meant, I denied, “No!”, of course to the astonishment of those around me. “Are you gay then?!”, they laughed. That word did ring a bell… “No, of course not!”, I shook my head again. And that day I learned that there was such a thing as sexual orientation; that it is ‘normal’ to be straight, that gays are really ‘unusual and weird’, and that it’s ‘normal’ to dislike them. It would only take another year before I would realize that I wasn’t that straight after all.

Coming out hasn’t been an easy process for me, despite the many precedents I had in my club. You would expect that the presence of gay girls would make it easier. But being surrounded by them caused an opposite effect. I didn’t want to meet the cliché image of the lesbian football player. I didn’t want to be who I was because I hated the idea of ​​confirming a stereotype, so I resisted. And I denied for years.

“Never ask for someone’s sexuality in the presence of a group.”

When a teammate asked about my orientation in a full dressing room, I couldn’t help but say that I was straight. I was not ready. Let this be a tip to others: Never ask for someone’s sexuality in the presence of a group. This creates an enormously uncomfortable situation and pressure that only pushes a person deeper into the closet. Because now that I announced that I was straight, I felt I couldn’t get rid of that label so easily.

Eventually, I slowly got out of my closet around the age of 20 – or rather fell, in some cases – in my own way, beyond my (sports) environment. Through Wel Jong Niet Hetero, an amazing LGBTQ+ youth organization, I learned that there were many more young people like me, and that in no case did they meet the stereotypical ideas that I had. I met so many wonderful people and built up new friendships. At the same time, I also broke my connection with the sport. I hated the idea of ​​suddenly being out in a group that never knew me that way, and I shied away from that confrontation, so I left the sport after 10 years of playing.

After 4 years I returned to football, out and proud, and the situation was completely different. I was more confident, had a stable relationship and was completely open about my sexuality. That I was suddenly among the more experienced of the team was not only noticeable sport wise, but also in terms of life experience and self-awareness. Already during my first month with the team I heard minor youngsters talk about how in their previous club the group often became divided into two groups: the ‘normal’ and the ‘potten*’. (*could be translated as ‘dykes’) Spontaneously I let out my indignation about the somewhat unfortunate choice of words. I immediately saw the doubt on their face. And for a moment I felt sorry, for I recognized myself in them; once so ignorant.

Sometimes I would like to tell them that it is okay. It’s okay not to know everything right away. That it’s also okay to ignore it, or maybe even turn their back on it. But that if they are ready, they don’t have to be afraid to be themselves. That all their fear is nowhere needed and they will truly be embraced and have a life full of love.

“Even after all this time, I don’t even know… Am I a lesbian?”

“You don’t look gay”, a teammate told me. A remark that I secretly still consider positive. But why? And what does that even mean, ‘looking gay’? What do gay people look like?! Butch, as I was once called? Absolutely ridiculous… those stereotyped images.

I used to be a hypocrite, as I felt uncomfortable when I saw a so-called ‘stereotypical’ lesbian in my neighborhood. I always felt that they made it more difficult for me because I didn’t feel that I lived up to that image. I didn’t associate with them in any way or with the stereotyped image that I and most of society had. I was so wrong! Because actually I was just projecting my own insecurity.

“The more everyone is just being themselves, the clearer it becomes that there is no such thing as a stereotype, but an image formed by hetero- and gendernormativity in our society.”

Today I am 27, out for 6 years, I work for Wel Jong Niet Hetero and I am co-founder of Out For The Win, an organization that works for LGBTQI people in sport. And to be honest, even after all this time, I don’t even know… Am I a lesbian? Not only do I get chills hearing the word, but it also scares me a bit to categorize myself. I like to think that sexuality and gender are fluid. And that a person can profile themself in any way they want to. And that’s okay.

Over the years, I met so many beautiful people, heard countless stories and I learned that people are so incredibly diverse. Believe me when I say that whenever you spot an LGBTQ+ person, there is at least one other ‘invisible’ one in the neighborhood. And today I cheer for every kind of visibility, stereotyped or not. Because the more everyone is just being themselves, the clearer it becomes that there is no such thing as a stereotype, but an image formed by hetero- and gendernormativity in our society. The more you deviate from norms, the more you stand out, and so the more a stereotypical idea seems confirmed. But don’t be blind, we are with so many. And we are sò diverse. Nobody is a stereotype. I am me and you are you, and we are beautiful, each in our own unique way. 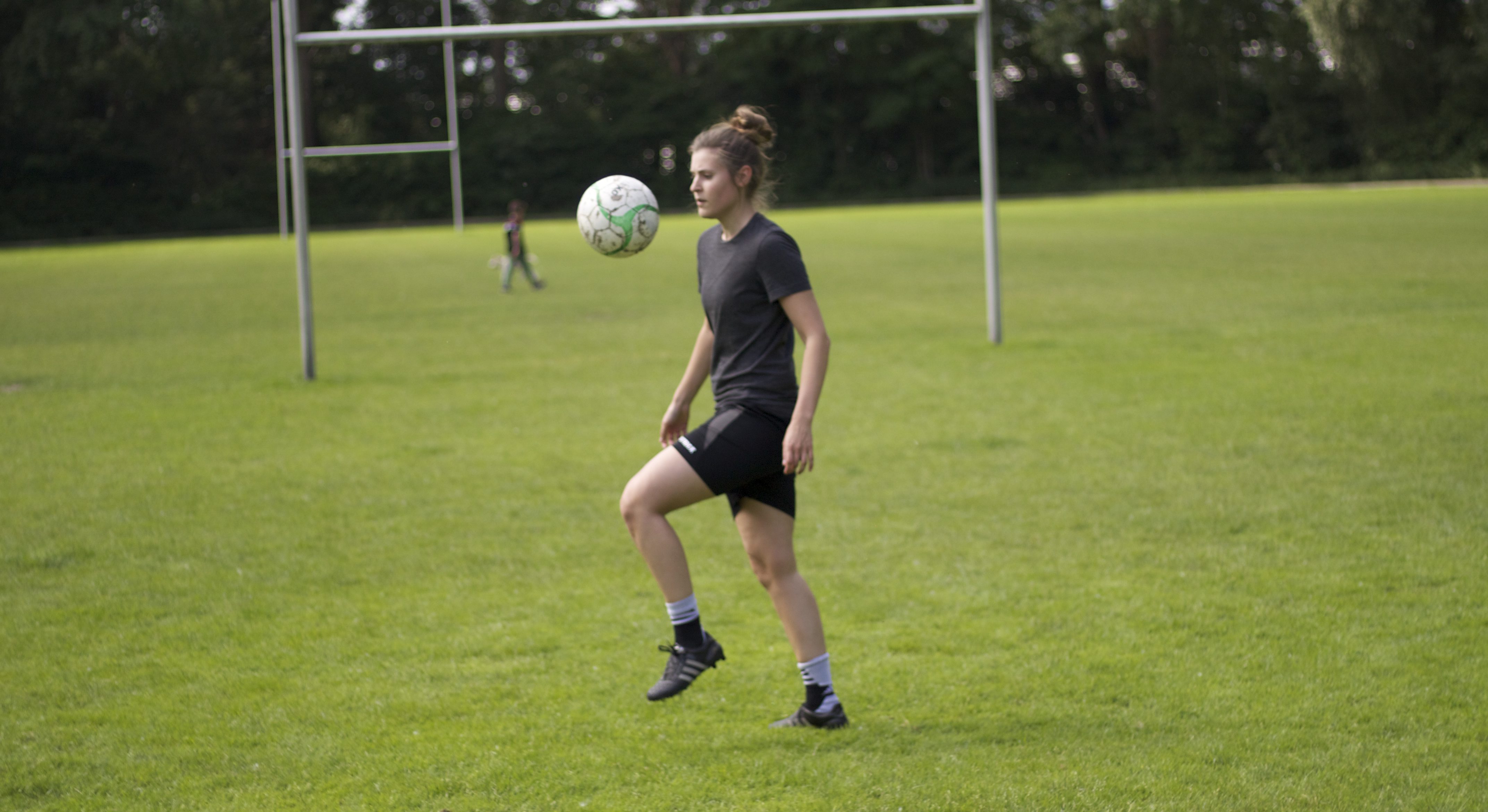 We all have a story to tell, what's yours?
Categories: Football, VerhalenDecember 10, 2018