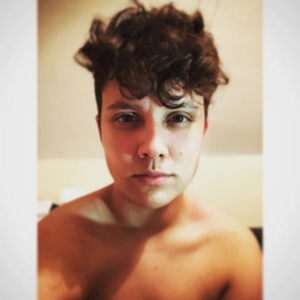 I started cycling at the relatively late age of 18, previous to that I was the most un-athletic person you could ever meet. I was the opposite of the “sporty” type at school and was therefore never encouraged to join any teams or compete. I picked cycling because I’m a bit of an adrenaline junkie and the idea of going fast on a cool bit of machinery appealed to me as someone who is also training to be an engineer. My flatmate in university halls was a road cyclist and I wanted in on the action too.

My biggest achievement in terms of events was being the first known trans* person to complete RideLondon100, a 100mile (160km) road event/race in central London. I was actually prevented from registering initially but fought the cause and was allowed to ride. The rules were also changed so that other trans and gender non-conforming people are able to compete too.  Being a kind of breakthrough-initiator feels great and it makes me happy to think that other people like me can now take part in what is frankly an epic event.

Initially, my goal was to get onto a team, which for me was a massive challenge in itself, but now I’ve done that I want to take things as far as I can go. I want to be the most successful trans athlete in the UK as there aren’t any at the moment, ideally racing on a national level, so however far I can go with that is that aim… I’ll keep reaching for the top as far as that goes. That’s a long-term goal, I’m 21 at the moment so I’ve got a while to train for it.

My team “FoxyMoxyRacing” is a gender-inclusive team, which has supported many trans/GNC folk on their way to their own version of success. I was pre-HRT when I started with Foxy and it’s been a journey since then, getting to know my own body as I’ve changed since being on testosterone. My team were, of course, completely supportive not just with my successes but also with giving me time and patience to adjust to new things in my life even if that meant taking a step back from competing as I have done this year. Having others on my team who are in similar situations as me provides me with a huge network of support, which I think we all find invaluable and is a great resource to have as an athlete.

“Having others on my team who are in similar situations as me provides me with a huge network of support.”

I did ride with a local club before joining Foxy. A majority of members didn’t seem to care that I was trans, but I’m not sure they really understood what it meant as I live in a conservative area. The club owners openly stated that I could compete with the men in club events (and I did), which was great. I didn’t always feel comfortable but that was possibly down to my own anxiety and magnifying what I thought others may think of me. I still am a member of that club (non-competing) and plan to use their club rides as training opportunities once I get back into properly training.

For trans people I’ve actually found cycling to be pretty trans inclusive, at least from a transmasculin perspective. I could easily imagine that as a trans-femme person it may be a lot harder, as is generally that way, but I’ve never found that I faced any significant disadvantages aside from the economical ones that people who are not from high-income backgrounds can face in cycling. I put this primarily down to me living independently of my parents and also being a self-funded student though as my employer is LGBT friendly.

I never had much of an experience of growing up as trans, because I wasn’t out until I was 18, however there is next to zero representation of trans athletes in the UK, in fact, I’ve never even really heard of any other prominent trans athletes in this country which isn’t great. It can be a hostile environment for trans people, and not as progressive as other nations when it comes to trans inclusivity. I aim to change that by being visible.

“You are valid; you don’t need anyone else’s approval to be who you are.”

My biggest inspiration throughout my cycling career has been Chris Mosier, after personally reaching out to him very early on in my cycling he encouraged me and this gave me the confidence in belief that I too could be just as good as other cis-male athletes.

So my biggest message would be that you are valid; you don’t need anyone else’s approval to be who you are. It’s important to ignore the doubts you have in yourself and listen to the people who believe in you, even if that’s just yourself. Train hard, be kind, and have faith that you’ll get there someday and that it is completely possible to be the best you can be as your authentic self.

I’d also like to say a massive thank you to all of my sponsors (Lazer Sport, PodiumWear, Robins Kaplan LLP, SkratchLabs, Feedback Sports, MadAlchemy, Pedro’s Tools, Thule Sweden, Conduit Coffee) for their support of the team and everything they believe in, as well as all my fantastic team-mates at FoxyMoxy. 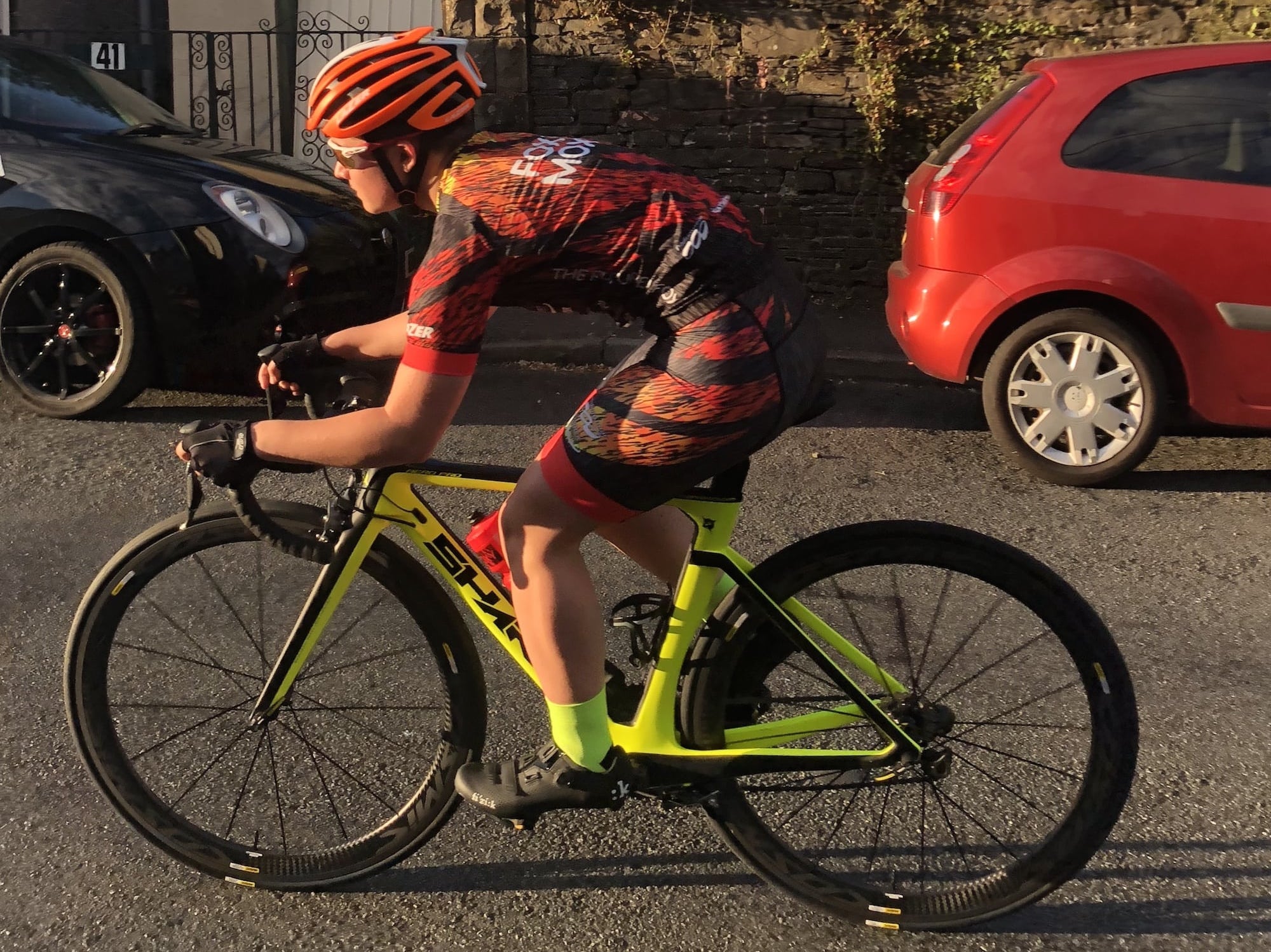 We all have a story to tell, what's yours?
Categories: Cycling, VerhalenNovember 25, 2018