At the age of six, I ended up doing athletics thanks to a school friend. After I won the cross country in first grade at school, she suggested to join her at her athletic training. I was sold immediately. During winter, I do cross country, in the summer I run track like hell. At this moment, I still run different long distances both in the category of U23 and seniors: 1500, 3000, 5000 meters and 3000 steeple.

“Girls-minded”, this is how I usually describe my sexuality to others. I mostly – to only, feel attracted to women. This was clear to me as from the age of 13, which was also the age at which I came out of the closet. My sister knew it first, well actually: I admitted that I had a girlfriend after she found a love letter. A few days afterwards, I informed my parents. That was not easy: parents are so close to you and I really feared their reaction. But the feeling to pretend to be someone else was a torture. Telling them felt like a huge relieve. I felt like I could breath again.

I couldn’t fight the feeling to act differently towards them. I am just being me, by being ‘different’.

Today, I am fully out of the closet, also in my sport, because I find it important that people know who I really am. But also to show to the outside world that being ‘different’ is not taboo. Sport is a part of my daily life, in which I meet a variety of people. I couldn’t fight the feeling to act differently towards them. I am just being me, by being ‘different’. As an athlete this makes me more sure about myself and up till now it has given me a feeling of appreciation and trust. Balance and being happy result in better performances as an athlete. This is why it is important to show your true self.

I haven’t experienced negative reactions. Everybody at my club accepted it and no one made a problem out of it. This acceptation is something I truly appreciate. My coach is very open about it too. She even is very enthusiastic and encourages me. She is open-minded and has a lot of interest in my situation. There are other LGB’s in my club, but they are a little more careful to be out. They fear the reactions of others more. I try to let them know unconsciously that there is no reason for this.

I have never been scared to lose sponsors. I thought it was a strength of my personality to show them who I really am. This is how I exude the most confidence. By showing who I really am, I feel 100% good mentally. This is strength. It’s an inhuman feeling to act like someone else, your realness and being you is important to feel good about yourself. Your sexuality is a part of your personality. And your personality is important to be able to identify yourself in a complicated world. When you can flower by your own uniqueness in this world, you’re at your strongest.

There are other LGB’s in my club, but they are a little more careful to be out. They fear the reactions of others more. I try to let them know unconsciously that there is no reason for this.

I notice that there’s less taboo in individual sports. It’s easier to out yourself. In a team sport it kind of depends on the discipline. A lot depends on the environment as well: your teammates, your supporters, the sponsors, trainers, your coaching team,… In a team sport you have to deal with the opinion of many people around you. As an individual athlete, you also have a team of people who surrounds you, but you mainly choose them yourself.

When I look at social media, flyers and television, it feels like there’s an evolution of LGB’s in the sporting world. When Out For The Win contacted me, I started looking for more info. It strikes me that in Belgium we are fully appreciated as athletes and humans, but that’s not the case in the rest of the world. This is why I truly encourage this project. 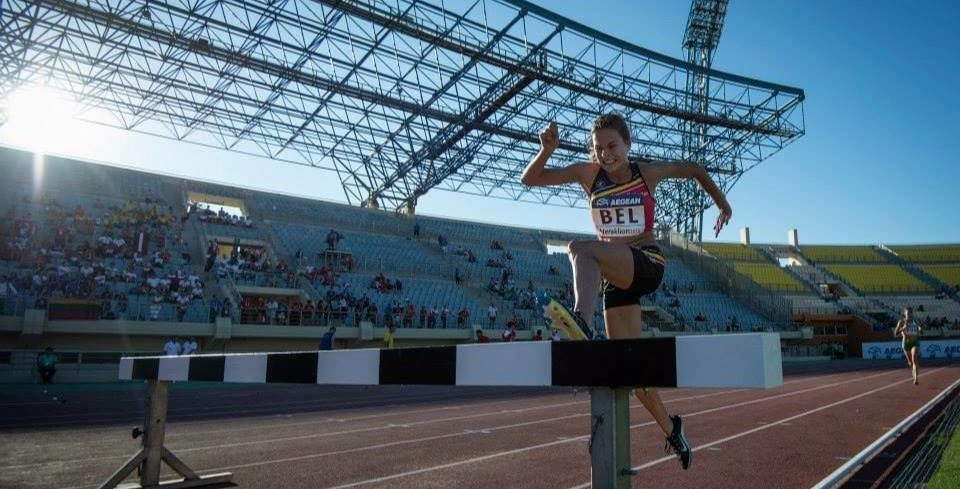 We all have a story to tell. What's yours?
Categories: Atletiek, VerhalenOctober 4, 2017