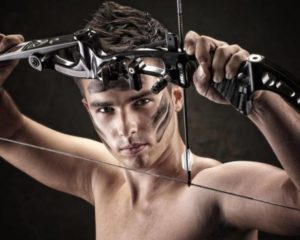 I was 18 years old when I decided to come out as gay to the world and obviously, that was not easy. If it wasn’t for the support of my partner, I certainly wouldn’t have outed myself during my sports career. After thinking about how we would handle it and what consequences this could have, positive and negative, I eventually took the step.

I admitted I was gay in a magazine interview, so I had to tell my story just once. I had already informed my closest family a few days before social media and gossip reached the rest of the family, friends, schoolmates, the army and my sport shortly afterwards. Pretty easy for me in a way, but also quite frightening to await their reactions.

What really helped me to take the decision to come out, was the fact that I had already achieved a lot in sports. I became world champion, broke a number of world records and won the Belgian championship several times. So I already had proven myself and was confident about myself.

Being an individual sport, archery, to me, is more beneficial than team sports, as there are less people to take into account. My entourage was close to me, but before I came out, I obviously tried to figure out their feelings and reactions. Although my trainer was an older person, he made no fuss about my homosexuality, but we had no deep conversations about it either. To the rest of my entourage, including the physiotherapist and my personal trainer, all in their twenties, it was not a big deal either.

Of course I would tell my 11-year-old self to come out sooner. Because eventually, I would have worried a lot less and spent far less energy than I’ve done now.

Afterwards, I did wonder if it was really worth it, waiting to come out and being secretive about it for so long, but as a professional athlete you have to take everything into account. For example, I had to rely on private sponsoring to finance my sport, as television coverage of archery is non-existent in the first place and Bloso (the Flemish Sports federation) didn’t show much support either at that time. Fortunately, I didn’t experience any difficulties with sponsors. My biggest sponsor back then was a Dutch company. Overall, the Netherlands are more evolved in terms of acceptance than Belgium, and being a rather small company without huge media campaigns, it made coming out to my sponsors much easier.

At that age, I definitely aspired to become an Olympic athlete and I took part in a multidisciplinary internship at the Belgian Olympic Committee, where I trained along with judoka, cyclists, etc during a whole week. At that time, I was known as “the gay archer”, but I never was a victim of severe bullying though. So fortunately, for me it all turned out positively. I can imagine however, if I were a member of a team of athletes all the time, I would definitely have a hard time taking the decision to come out during my career.

After I came out, it was of course a hot topic during the first games. Most of the reactions were positive. I heard that some people had difficulties with it, but they never said something to my face. You always have people who have a hard time understanding and accepting but luckily, I didn’t experience this. They also didn’t act differently towards me. The only tricky part was when we had international matches and we had to share rooms. Sometimes that was a little awkward, but no one ever said “No, never in my life will I share rooms with you.”

Afterwards, I did wonder if it was really worth it, waiting to come out and being secretive about it for so long, but as a professional athlete you have to take everything into account.

During international competitions I never talked with my opponents about me being gay, but most people were aware of it. I’ve been all over the world, from Russia to Korea, and have come across many cultures. I haven’t experienced any difficulties with none of these countries, but I would never want to be a gay athlete in their national team, that’s for sure.

Before my coming-out I had a very hard time accepting my sexual orientation, and myself as a person. In my sport I had already received mental coaching, as archery is a sport that requires a high ability of concentration. But I still searched for extra psychological help to be able to accept myself and be able to put everything in perspective. At that time, the Pride was pictured as a show with extravagant plumes. So if you’re 11 years old and your parents are watching this on TV, you wisely stay silent.

Of course I would tell my 11-year-old self to come out sooner. Because eventually, I would have worried a lot less and spent far less energy in it than I’ve done now. I’ve had a lot of stress for no reason, but you don’t know all of this in advance, of course. In the end, it is only human to try figuring out all the options first, analysing subtle comments from your environment and only then decide what steps you are going to take. Coming out is not easy and it never will be.

We all have a story to tell. What's yours?
Categories: Archery, VerhalenOctober 3, 2017