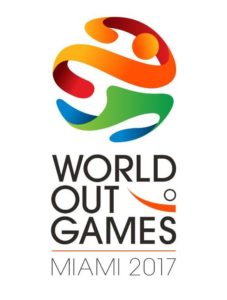 With 15000 expected participants, the World Outgames are a large international sport event that has already taken place in Montreal, Copenhagen and Antwerp. And also this year’s fourth edition in Miami promised to be a great success.

But only a couple hours before kick-off, the organization announced that due to financial burdens, they had to cancel its sports programming and Opening and Closing Ceremony with the exception of soccer, aquatics and country western dance. However, a lot of participants were already there or on their way. Many of them had worked towards the Games for months and also took time off to compete. So obviously, people were very angry and disappointed. Fortunately, some people took matters into their own hands and all kinds of alternative events were organized to make the best out of it.

Later, it became clear that a lot of money was spent on consulting and promotion, and barely to sports itself. While there was no reason to be found for criminal charges, we may suggest that this whole fiasco led to the end of the World Outgames.

Sidenote: The Word Outgames can’t be confused with the Gay Games, which take place in Paris next year, from 4th to the 12th of August.

N° 2: Football club Beerschot backs out of the Antwerp Pride 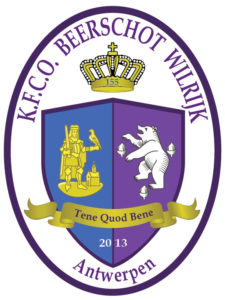 In August, football club Beerschot Wilrijk would have been one of the six top sport clubs participating in the Antwerp Pride. It would have been the first time that so many sport clubs showed their support for the LGBT community. But shortly before the event, Beerschot backed out because of an argument with the schepen* of sport, Ludo Van Campenhout. Because of discontent with his policy, the club decided not to participate in any project involving Van Campenhout, including the pride. Even though the club stated they supported the pride 200%, by not showing up they totally missed the opportunity to make a positive statement within the sports world. Such a pity!

When rumour had it that Michy Batshuayi, football player of Chelsea, came out to his teammates, it only became clearer that being gay within football is still a huge taboo. Batshuayi thought it was necessary to roughly shut down those rumours by responding “even their mother knew it was false”. Exactly because of this kind of macho behaviour, footballers that are thinking about coming out are being pushed right back into the closet. Not helping, Michy… not helping at all!

N° 4: Hinkle refused to play in a rainbow shirt? 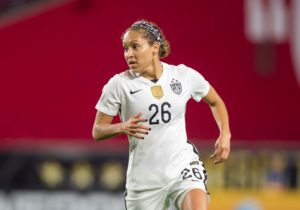 When U.S. Soccer decided to play in rainbow shirts for Pride Month, Hinkle opted out of the upcoming games that month because of ‘personal reasons’. Although it’s still not clear what those personal reasons were, it’s been speculated that she rather missed the games instead of wearing the shirt. Jaelene Hinkle is a very outspoken Christian believer and has not shied away from speaking up about her religious views. “This world is falling farther and farther away from God… All that can be done by believers is to continue to pray”, she tweeted hours after the Supreme Court’s ruling in favour of same-sex marriage.

In your opinion, what have been the most painful events of the year so far? Tell us at info(at)outforthewin.com.

Sadly, we still have a long road ahead. But luckily, we also experienced some pretty neat moments in 2017! Read all about them here!