During the Diamond League in his hometown, Tom Bosworth broke the world record of 1-mile race walking. Encouraged by the British public, he set a crushing time of 5 minutes 31 seconds and 08 hundreds, slicing 5 seconds off the previous record from 1990! Tom is an out athlete since 2015, when he made his public coming-out during a talk show so he could feel completely himself. Because of his impressive performance and openness, we love to put him on our number one spot! 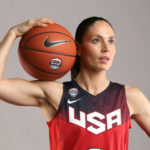 With many years of experience behind her sleeve, Sue Bird is one of the best-known female basketball players in the U.S.A. She won four Olympic medals, two WNBA championships and became three times queen of the assists in the WNBA. For many it came as a surprise that she came out publicly as a lesbian. Friends and family already knew shortly before she started as a pro athlete, but the rest of the world didn’t. So why tell now? “It’s happening when it’s happening because that’s what feels right. So even though I understand there are people who think I should have done it sooner, it wasn’t right for me at the time. I have to be true to that. It’s my journey.”  We are very happy Sue found the courage to be out in the public! 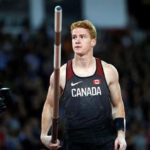 In April this year, the Canadian athlete came out with a Facebook post. “Gay and proud! Thank you to my parents for being such a great support. I continue to grow as a person and have a great support group. To my friends, you are always my friends and I love you too!”  Barber won the world championship in 2015 in Beijing and broke the national record outdoor pole-vaulting with a jump of 5,93 metres. Therefore, Barber is one of the most successful out athletes ever.

This year, the Belgian pro footballer Dries Mertens took part in a project about gay athletes in football. In the reportage, Heroes of Football followed the young player Danilo, who talked about his sexual orientation, a secret he wanted to get rid of. First, you see the reaction of his friends, who assure him nothing has changed and they’ll still love him, followed by a meeting with Mertens, who tells him he’s very happy for him to be able to be his truthful self, both on and off the pitch. Mertens hopes more footballers will follow Danilo’s footsteps so the visibility of gay players in football will increase. Way to go, Mertens!

Both the men and women of the American football team played in special outfits during the month of June, wearing jerseys with rainbow-coloured back numbers to support the LGBT community. Afterwards, some of the jerseys were auctioned, the profit of which went to charity. And in addition, the federation made a powerful video of key players supporting the acceptance of every athlete. “When you can play, you can play. Your sexual orientation or gender expression doesn’t need to stop you.” Beautiful words from some of the greatest! 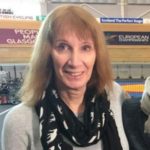 In 1984, Philippa was known as cyclist Robert Millar and won the polka dot jersey in the Tour de France. This year, she revealed that her gender reassignment from man to woman – which she started with in 2000 – was completed and that she officially changed her name. In an interview with The Guardian, York said that she hopes that her coming-out will help to change the stubborn ideas about gender and sexuality in sports and in cycling in particular. During the Tour de France this year, York was active as a co-host for the British TV channel ITV4. 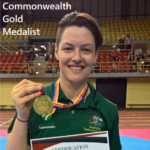 What a fantastic year it has been for Kate McAdam! In October, she managed to become Australian champion in taekwondo, after she won the gold medal during the Commonwealth taekwondo championships in Canada earlier that year. Icing on the cake was when Australia voted yes for gay marriage in November. Kate also showed her political fighting spirit during the campaign. We’re super proud of her and can’t wait what we’ll see of her in 2018! 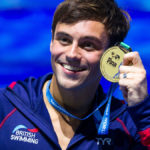 British athlete Tom Daley won the golden medal in men’s high diving from a 10-metre-high platform in Hungary. Daley had to wait over 8 years to end on the highest step again, but clearly, persistence pays off. However, he needed the perfect dive with his final attempt to beat the Chinese Chan Aisen. “When I saw Chen do his last dive, I saw the Chinese team cheering and celebrating as if they had won. And I was like: okay, you want to play that game? I’m going to show you what I can do too.” He won with a total of 590.95 points and is now training for the Olympics in Tokyo.

The Antwerp Brilliant Games are a sports tournament for LGBTQI athletes organised by the Antwerp gay sports club Active Company. The Brilliant Games used to be a tennis tournament, but was expanded to multiple sports like water polo, badminton, swimming, volleyball and squash. With 170 contestants out of 26 different countries, tennis still is one of the most popular sports. In total, the Games assembled 600 contestants this year. Good job! We already look forward to a new edition! 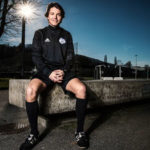 Referees are true athletes as well and often have it tougher during games than the teams. This is why we feel that Pascal Erlacher defenitively deserves a place in this list. This month, he came out as gay to start the public discussion in men’s soccer. Erlacher is the first Swiss man in professional soccer that is openly out. “I’m confident enough now. I can stand there and say: Yes, I’m gay – so what? I’m ready for this step and wonder what I trigger with it.” Thank you for your courage!

Do you think of any other great LGBTQI moments of 2017? Let us know at info(at)outforthewin.com!