As soon as I could walk I was playing sports, anything and everything! I played football for 15 years at a high level before a serious facial injury stopped me. At university I wanted to do something different so I tried rugby and never looked back.

I have known for years that I was gay but actively tried to hide it and push it out my mind. When I was 19 I eventually told people because I could not deal with the inner turmoil I was feeling anymore. I was very nervous about telling my best friend but I made myself – as we were stuck in traffic on our way shopping I just blurted it out and she just turned round and said “that’s great, but I’m more concerned about all this shopping”. That really made me feel at ease and completely normalised what I thought was not ok.

My team are fully aware that I am gay and treat me no differently. I was initially afraid people would be uncomfortable in a changing room with me but it honestly made no difference what so ever – no one cared at all. I have experienced nothing but support from my team and I know if anyone had a problem with my sexual orientation they would have my back in a second.

Coming out in sport meant a lot to me, I wanted to show other young people who have been in a similar situation that people only care that you are a good person and a team player. No one cared that I was gay, they cared whether I turned up to training every week and gave my all on the pitch.

There are several people out on my team and I think they feel the same. We have never been treated differently, we are all just part of the team and the team goals are what matters to us.

No one cared that I was gay, they cared whether I turned up to training every week and gave my all on the pitch.

My club and coaches are very supportive, however I think it’s easier to come out in a team sport rather than an individual sport. These people are your friends/coaches and team, we’re a team on and off the pitch. In an individual sport it’s harder with the spotlight solely on you, team sports have the freedom to rely upon each other for support where an individual really only has them self. In rugby I have my team but in CrossFit it’s just me. I have never explicitly came out to my friends/coaches in the gym, but I have never hidden the fact I’m gay – I think they know and still have never treat me differently.

The UK is great for support for the LGBTQI community, in sport and general life, which makes being gay in sports much more comfortable. Many British athletes in the spotlight avoid disclosing their personal lives to the public but could make a real difference if they did. Not just for the young athletes but to the parents/grandparents/family/friends etc of a young athlete and allowing them to understand and accept so they can continue in confidence and maybe greatness.

I did look up to Tom Daley as the reaction when he came out really comforted me. He was at the peak of his career and felt confident enough to put himself in a vulnerable position when coming out.

There aren’t too many well known British LGBTQI athletes but I did look up to Tom Daley (Olympic Diver) as the reaction when he came out really comforted me. He was at the peak of his career and felt confident enough to put himself in a vulnerable position when coming out and the reaction was (mostly) positive and a huge show of national support.

To young athletes – being a good person is more important than anything else in the world, and to be a good person you have to be you. Taking that plunge and coming out is scary, sometimes (like for me) hard to even admit to yourself but that feeling when you finally accept yourself is unbelievable. I believe when I became confident in myself I also became more confident in my sporting goals. Just be true to you, for the handful of people who might treat you negatively for being who you are there are thousands who will support you and push you to achieve everything you want in sport.

A message I would have like to have received as a young LGBTQI athlete is that it’s okay, it’s not wrong, it’s just love. 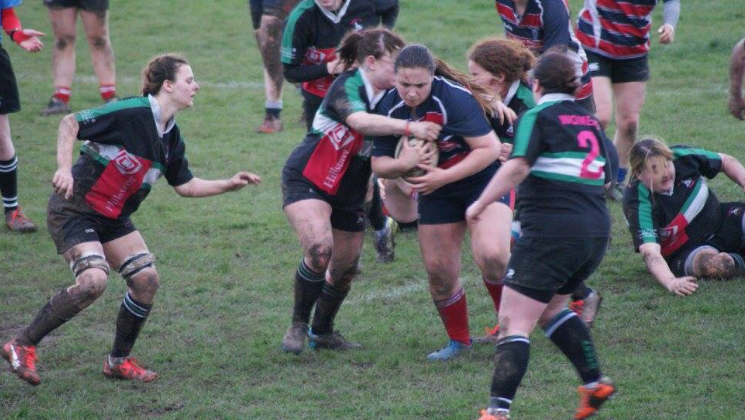 We all have a story to tell. What's yours?
Categories: Rugby, VerhalenNovember 7, 2017