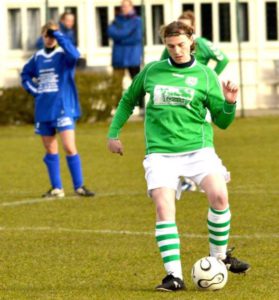 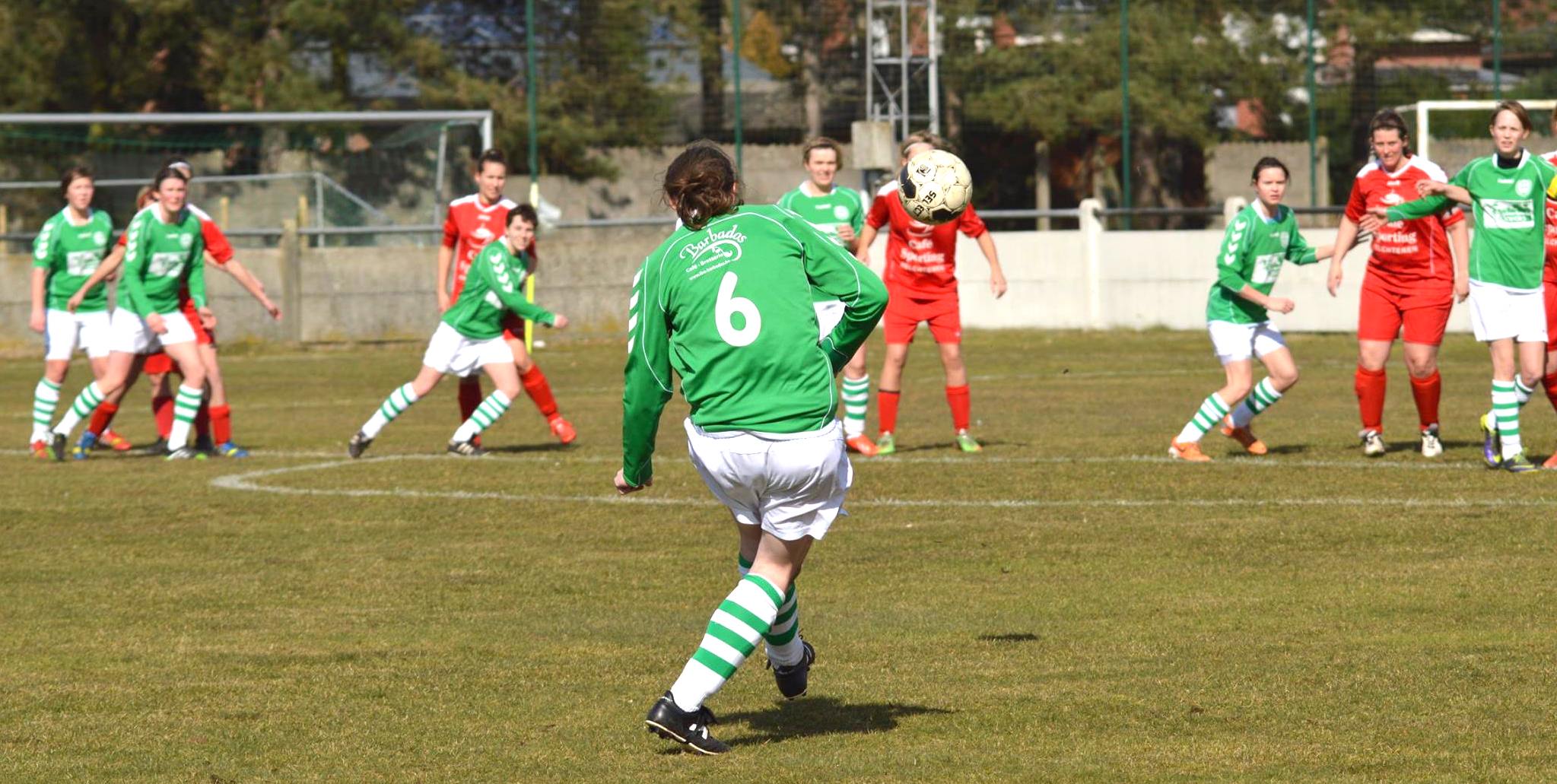 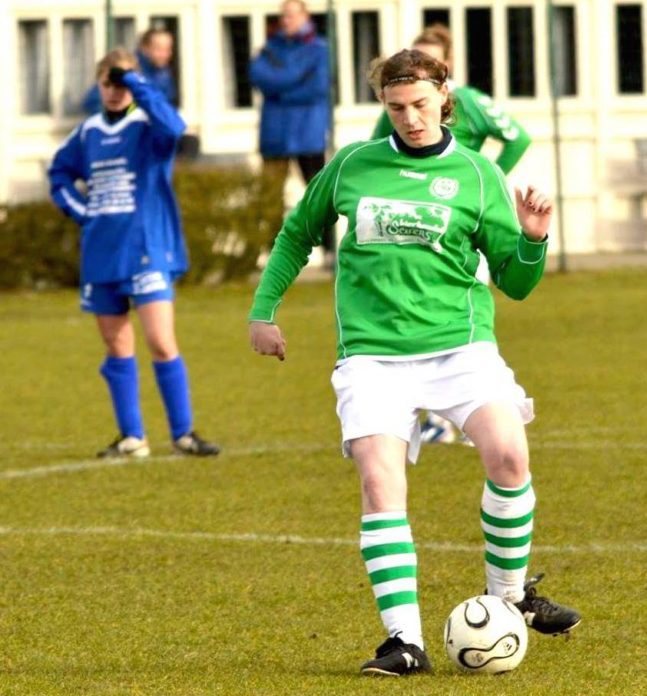 I started playing soccer at VK Beverlo when I was 5 years old. A few years later, I won the championship with the U16. Football has always been a part of my life. At the age of 16 I also became a referee. I quit for a while, but decided to pick my whistle back up in 2016.

The first time I felt differently, I was 11 or 12 years old, but I didn’t tell anyone at the time. Coming out as trans happened many years later. I think I didn’t understand those feelings completely at that age and I was also afraid of the possible reactions.

The first time I told someone in my sport was with the junior team of AC Tervant in 2007. It felt right to tell them, being honest was the right choice. When I told them, there seemed to be no problem at first, but a few months later, I got the door slammed into my face. A new season had just started and at that time I was training with the A team. I will never forget what happened: first I was told that I didn’t have to pay my membership fee – which I found very strange – and not much later a member of the board waited for me after a training session. He urged me to walk calmly to my car and told me I didn’t have to come back. I was no longer welcome in the team.

Playing women’s football wasn’t much better at all. Men’s and women’s football are completely different. At least men say things to your face, while women do it rather behind your back, speaking badly about you within the group or at the trainer, or even at the board. At least that’s what I’ve experienced. I think I could write a book about how some teams have treated me.

“Not much later a member of the board waited for me after a training session. He urged me to walk calmly to my car and told me I didn’t have to come back. I was no longer welcome in the team.”

Within a team there’re always people who accept you and people who don’t. I believe that’s why there is a big difference between team and individual sports. In individual sports, your performance is due to yourself. In team sports however, such as soccer, you’re standing together with 10 other people on the field. If you come out of the closet, this could cause a problem, because every team member really wants to play. And I have found that, the moment a trainer makes a selection, the problems begin.

During games, I often have to endure a lot. “Transbitch, cunt …”, I’ve already heard all kinds of insults. One time I was on my way to score a goal, when suddenly the opponent tackled me really hard, without even having the ball. To the referee, I heard them say: “But that’s a man on the field we have to play against!”. There’s not much you can do about it.

I have always been very anxious to tell someone, as I was afraid of possible reactions. And if I had known then what I know now, I might have never told them. Yet I chose to be open about who I am, because nobody should be ashamed of whom he/she is. Nobody is 100% perfect. My current club, Blauberg Sport, is handling it very well: gay or transgender, everyone is welcome!

DON’T GIVE UP, KEEP GOING

In 2011 I had my first meeting at the hospital in Ghent. After the first hormones, my muscles reduced and already after a few months, I clearly noticed the difference, which was very weird. I was actually shocked that it went so fast. Although it still took a while before I joined a women’s team, because there were problems at the union. They said that I first had to have an F on my passport, while mine still showed an M. That did cause some difficulties at the time.

“I don’t know the guidelines within the various federations, but clearly there is still a lot of work to be done for transgender people to sport fearlessly.”

I don’t know the guidelines within the various federations, but clearly there is still a lot of work to be done for transgender people to sport fearlessly. But bricks are being built! If you were to come out as trans back in the 2000s, it would have been totally hopeless to join a soccer team. Nowadays, for example, there is a service at the Belgian Football Association that works around LGBT issues. If you have any problem, you can contact them. That’s a good thing for sure!

We still have a very long way to go. Not everyone can handle it or will accept who you are. But you can’t be afraid of what people will say. It’s your life; you decide what you want to do. “Don’t give up, just keep going!”, that’s my motto.

We all have a story to tell. What's yours?
Categories: Football, VerhalenApril 4, 2018